This article was originally published in the Beaver County Times.

CENTER TWP. – After a lengthy search for a new leader, Beaver County’s United Way is welcoming a familiar face as its new executive director.

A long-time worker in the human services 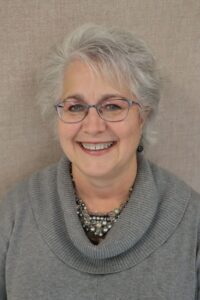 industry, Mary Lou Harju has officially stepped into the leadership role at the United Way offices. She will fill the role previously filled by Mike Rubino, who served as executive director with the Beaver County organization for more than eight years.

“What led me to the United Way was looking at what Mike has done in the last eight years, seeing that United Way is an organization that is growing. I wanted it to be part of that,” Harju said. “The help that United Way gives the community by raising the money, then being able to distribute it out to such well-deserving partner agencies, makes it so when you go home at night, you feel like you’ve made a little bit of difference in your corner of the world.”

Mary Lou Harju, the new executive director of Beaver County’s United Way.  With a career of over 25 years in human services, Harju understands the need for funding for local charitable organizations. She started her work in western Pennsylvania with Lutheran Senior Life, helping develop Life facilities in Beaver, Armstrong and Lawrence counties for more than 13 years. Harju also spent four years at Ambridge’s Trinity School of Ministry, where she served as the school’s director of marketing and communications.

Harju’s most recent role was with the Beaver County Humane Society, where she worked as the organization’s marketing manager.  “Working in animal welfare is a very rewarding, yet very emotionally draining type of work,” she said. “The people who work there are amazing, but I really missed being in human services and working more in the community with the different nonprofit organizations.”

As Harju takes the leadership role at United Way, she is looking forward to some of the challenges that the new position will bring. While Rubino is still working with her throughout the transition process, there are thousands of contacts to meet and various community events to attend in the coming weeks.

In addition to the transition, Harju is hoping to launch a social media presence for the organization to encourage younger audiences to get involved with United Way’s fundraising programs. “I think there are some people who have heard of the United Way, but don’t really know what they do, and then there’s a whole group that has not heard about the program,” she said. “Right now, I think the way to get to these people is through social media: Facebook, Instagram, LinkedIn. But in order to do that, we need people to like our pages and begin engaging with us and interacting and sharing. We’re going to need both growth that we work on and organic growth to really share the message.”

United Way benefits various nonprofits around Beaver County, such as the Beaver County Association for the Blind, the Mental Health Association of Beaver County and the Women’s Center of Beaver County. The program has been funded by an optional payroll deduction from employees across the region for decades, but the United Way has also developed new fundraising plans such as a “rounding up” program for everyday spending in recent years.

We use cookies to ensure that we give you the best experience on our website. If you continue to use this site we will assume that you are happy with it.OkNoPrivacy policy
You can revoke your consent any time using the Revoke consent button.Revoke consent